Recently, Tolko provided an update on its High Prairie, Alberta, Canada, OSB facility that was seriously damaged on May 20, 2022, due to a press fire at the mill. ... [більше ...]

Sappi Limited has concluded an agreement with AURELIUS Investment Lux One S.à.r.l. regarding the divesture of its Maastricht Mill in the Netherlands, its Stockstadt Mill in Germany and its Kirkniemi Mill in Finland.... [більше ...]

Costs for firewood and wood pellets in Germany skyrocketed 85.7 percent in August compared to the same month last year.... [більше ...]

Finnish timber trade was very brisk in August, with the total volume more than 60 percent higher than the average for the previous five years. ... [більше ...]

Georgia-Pacific has announced plans to invest more than $425 million to build a Dixie facility in Jackson, Tennessee, the largest single investment in the city’s history.... [більше ...] 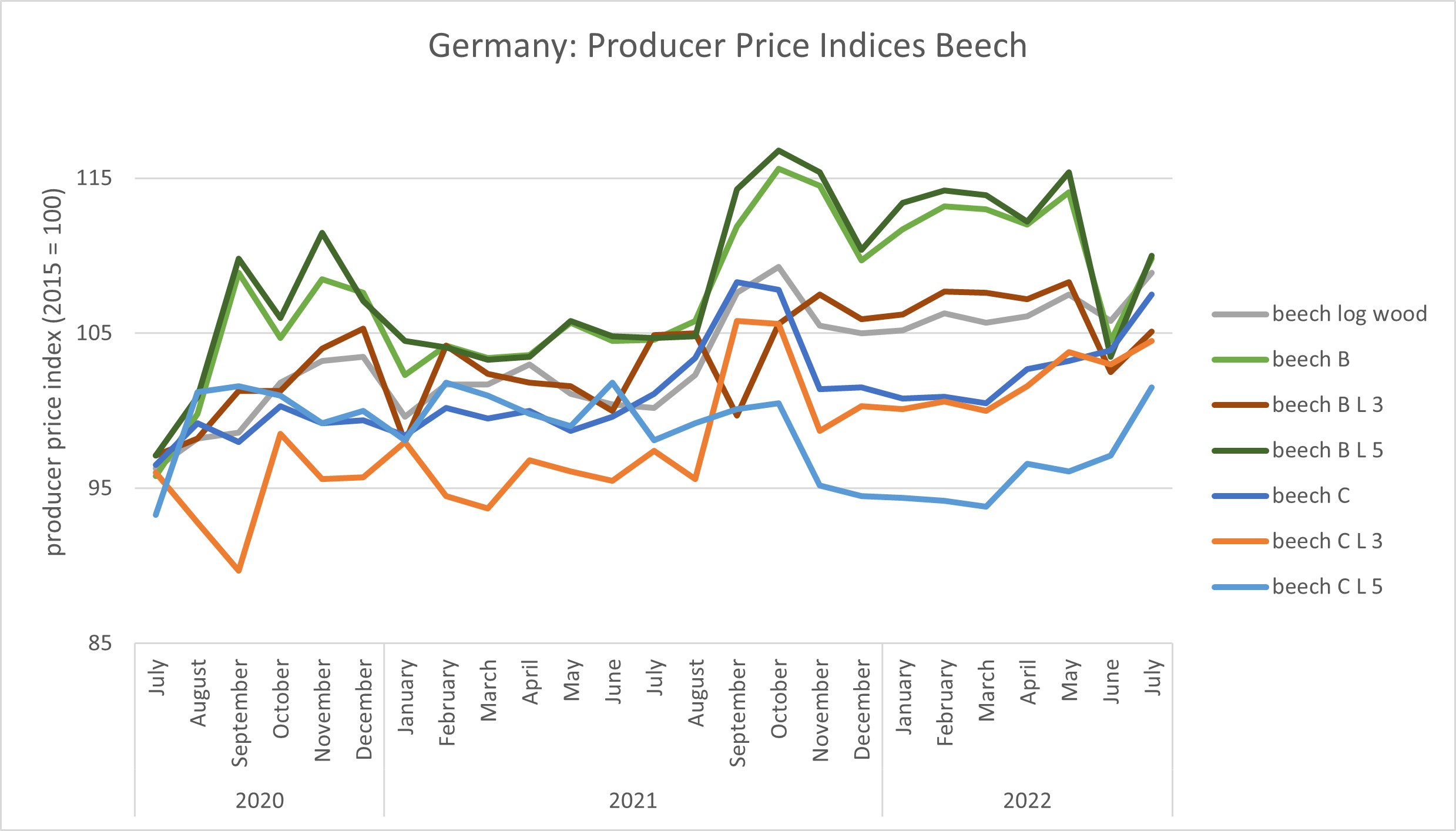 The German producer price indices for beech logs rose significantly in July 2022. On average, they increased by... [більше ...] 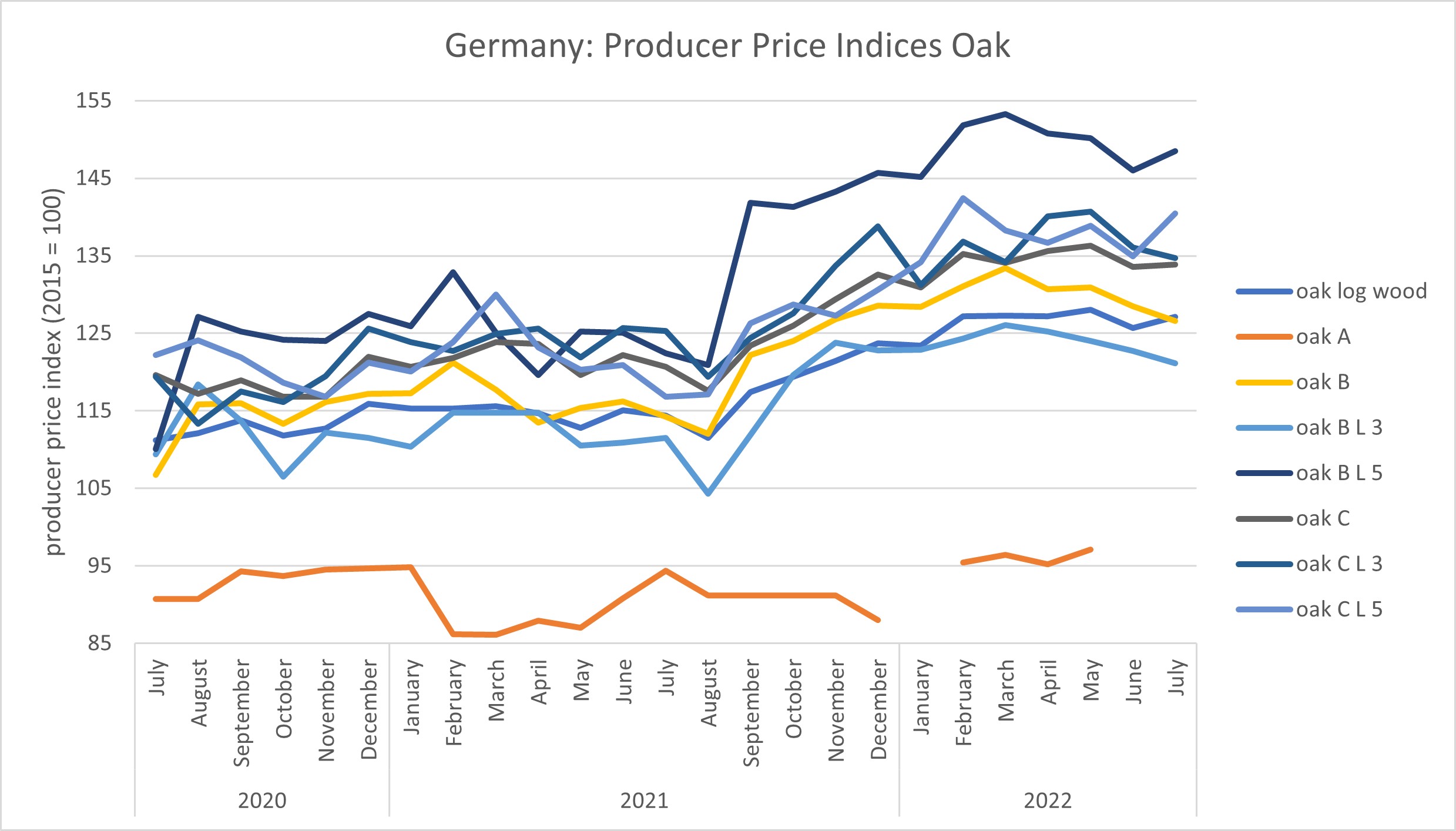 The German producer price indices for oak drifted apart again in July 2022. On average, the index value for log wood increased by ... [більше ...] 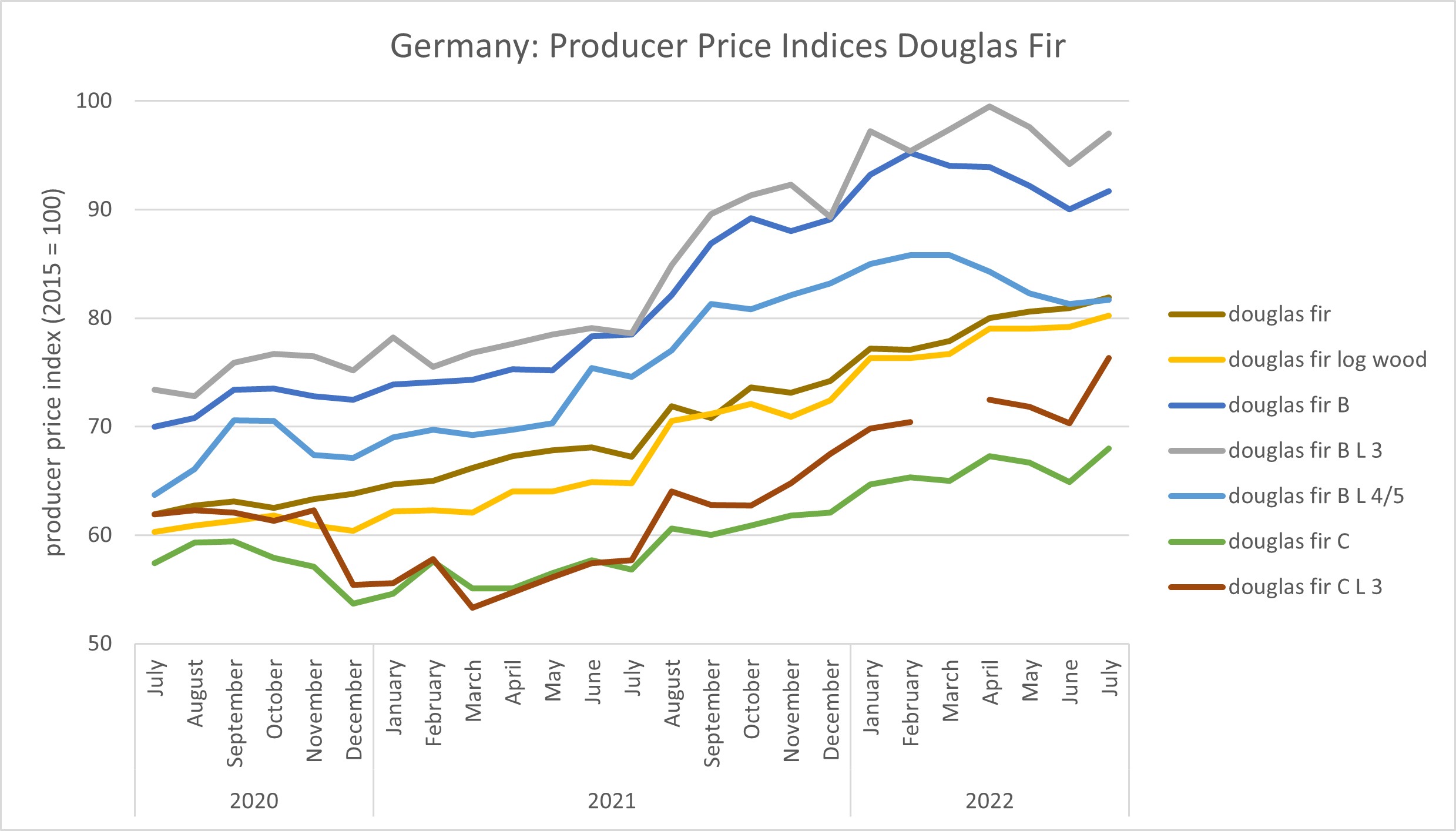 The German producer price indices for Douglas fir followed an upward trend in July 2022. On average, the index for log wood recorded a slight increase of... [більше ...]

The EU Parliament recently voted on numerous initiatives that will have a significant impact on the sawmill and timber industry in the years to come. Among other things, the new EU forest strategy was on the agenda with tailwind for the use of wood.... [ більше ...]

It is normal for this time of year for North America construction framing dimension softwood lumber prices to be falling, as the bulk of main home building activity is finished for the season. ... [ більше ...]