The idea came up during construction work: how to reproduce perfectly identical pieces of wood in series, while gaining in productivity, precision and safety. This is how two carpenters Pierre Giusti and Ilias Zinsstag gave a shape to their idea and created the start-up Epur, based in rural area in the Pyrenees (France). Three years of R&D and two patents later, a first pre-series was marketed at the end of 2018 and 2019. For now, the company has eight employees...... [більше ...] 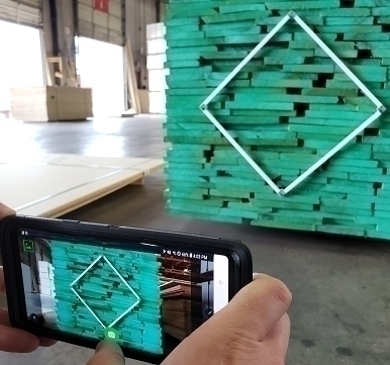 TallyExpress - the revolutionary tally app – promises to offer an affordable and accurate solution from your smartphone. Using artificial intelligence and sophisticated computer vision algorithms, TallyExpress allows you to measure bundles in a fast and reliable way, directly on your Android device. With just a photo, TallyExpress recognizes and counts each board individually, calculates their respective widths and computes the total volume in a matter of seconds...... [більше ...]

The EU Sustainable Tropical Timber Coalition (STTC) was launched in the autumn of last year. Since then many global companies as well as NGOs devoted many years to forest protection have joined STTC's efforts. Tropical timber is a high risk product and there is an urgent need for action...... [більше ...]

There have been changes in recent years also for the extraction and filtration systems of air used within industrial process, following the reorganisation of production processes ...... [більше ...]

The furniture factory Arredoclassic, operating since 1998 in the production of classic furniture, now operates on the world market with a dedicated service to its international medium-high level clients...... [більше ...]

The Salamander wriggles into Elmia Wood

It certainly attracts attention, Peder Hermodsson’s Salamander. He designed and built the small, ingenious mini-forwarder all by himself. And now it is being presented to the whole forestry world at Elmia Wood.... [більше ...]

The European woodworking industries salute the work of the European Commission and the Parliament to approve the report1 on the accounting rules and national plans for emissions resulting from land use and land use change from agricultural and forest activities, better known for its acronym LULUCF.... [більше ...]